Do you remember during your childhood when someone gave you something but then took it back? The person might have been called an “Indian giver.”

The term was always hurtful for me because I knew firsthand the generosity of American Indian people. At our ceremonies, it has always been a custom to have what we call “giveaways,” a tradition of honoring and respecting others by the giving of gifts ranging from blankets to horses.  Leaders were chosen in our society by how much they gave away to the people, not by how much they owned. It is a high honor to share with others.

The term “Indian giver” originated in the pre-Colonial land transactions involving the entrepreneurial Dutch and Indian landowners. The Dutch had learned to manufacture wampum — small shells used as currency and jewelry among Indian tribes — that was used for land trades. The land was then broken up and the titles were later sold in Europe to future settlers. 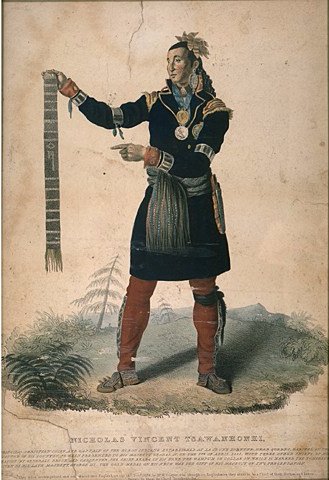 Upon arrival, the new settlers found Indians unwilling to honor the contracts because they believed that the transactions were only valid with the person involved in the original purchase. They were trying to do the honorable thing.

It was from these confusing first transactions that Europeans came to believe that Indians could not be trusted and therefore forced them from their lands. The Indians were merely trying to maintain the integrity of the original transaction. Hence the term “Indian giver.”

I have never known of an Indian person to give someone a gift and then take it back. All my life I have only seen generosity from people who had very little in the way of material possessions.

Indians gave the ultimate gift to Europeans: their land, which holds vast natural resources that include oil, coal, timber, minerals, water rights and rich farmland. Yet today, American Indians are some of the poorest people in America.

National philanthropic support for American Indians falls far short of what is needed. American Indians languish in some of the most remote, untenable areas in the country, where poverty and despair are common. Less than 1 percent of all charitable giving goes to support Indian causes.

The term “Indian giver” is a misnomer. In our community, giving is a way of life … and always will be.

What are your plans to give this year? Natural disasters have decimated entire islands like Puerto Rico and the need to help has never been greater. Pick a good sound organization and give and then give some more.