Skip to main content
You are here: Home1 / News2 / Keith Rennie3 / What Coyote Stories Teach Us About Success 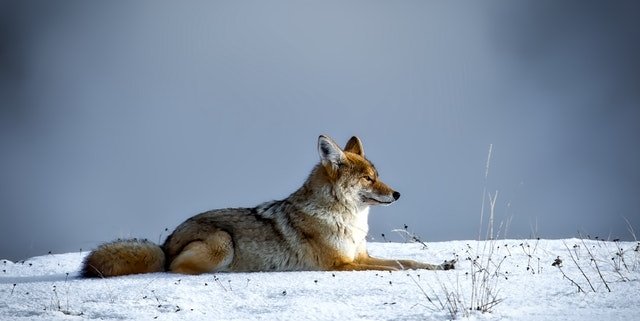 Among many Native Tribes in North America stories have been an important part of the oral traditions passed down over many generations. While each tribal group has stories unique to them, many times there are common themes shared by several different tribes. In the Northern Plains and Northwest U.S. these are often referred to as “Coyote Stories.”

While not all stories involve Coyote, he is a very important, and complex, character. Coyote is charged by the Creator with helping the people and looking after them, which he does enthusiastically. Knowing his flaws, however, the Creator asks Brother Fox to look after Coyote. Many stories are told about monsters or an evil of some kind that is threatening or killing the people. Coyote hears of this and rushes to the rescue. Inevitably, he charges full-steam into the battle with great courage and good intentions, but no plan or foresight. And, inevitably, he is killed. Along comes Brother Fox and performs some action or rite to bring Coyote back to life. Coyote then comes up with a clever and creative plan to defeat the monster.

An important aspect of Coyote Stories is that each listener is free, in fact encouraged, to reflect upon each story and find the lesson in it. These are some of the lessons I have drawn from these stories:

1) Good intentions and bold action are not enough. We often confuse action with progress. In times of crisis we tend to want to “do something.” Our first or most obvious choice of action can be counter-productive and lead to more serious problems. Careful planning, creativity and marshalling resources turn good intentions into effective outcomes.

2) Persistence pays off. Initial failure need not lead to defeat. We have all seen examples of students, businesses or clients who, having failed, need to be picked up, given some resources and encouraged to try a new approach. This initial failure is natural and not to be treated as an endpoint, but simply another stop along the path. Likewise, we, as service providers, initiate new programs, reach out to new populations or otherwise act boldly with good intentions. Often with little success. Coyote stories remind us to learn from failure, get assistance and try to come up with a better plan.

3) Each one of us is sometimes Fox and sometimes Coyote. Within each of us, and our organizations, live both Fox and Coyote. We tend to see our organizations as always playing Fox, the helper. But we are sometimes Coyote; acting boldly, making mistakes and not getting expected results. We often need assistance to plan creative approaches to solve existing problems. This is just part of the process.

Certainly, in my career I have helped many Coyotes, students who failed a class, or entrepreneurs who can’t pay the bills. But I have often relied on the assistance of organizations like the Johnson Scholarship Foundation, American Indian College Fund and American Indian Graduate Center to be Brother Fox.

An alumnus of the Gonzaga University MBA in American Indian Entrepreneurship (MBA-AIE) program, Keith Rennie (Citizen Potawatomi Nation) taught business at Salish Kootenai College. He chaired the Business Department until 2017 when he launched his business, Brother Fox Consulting. He lives and works on the Flathead Indian Reservation in western Montana.