Skip to main content
You are here: Home1 / News2 / News3 / The Changing Face of Philanthropy 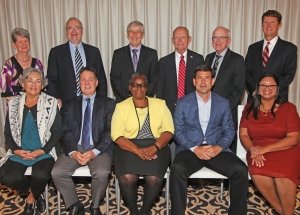 Johnson Scholarship Foundation Board of Directors and staff

I have 40 plus years of working in Indian Country and 35 years of working with philanthropy to look back on to see that change has occurred. When I went to my first Council on Foundations conference in the late 1980s – as a presenter – there was nary a person of color representing a foundation board and only a handful of staff.  That was the birth of Native Americans in Philanthropy (NAP) which sought to increase the number of Native people in the field and to bring attention to the amount of philanthropic funding going to Native causes and organizations.  I was asked to join my first private foundation board in 1993, the Hitachi Foundation, one of three I’ve served on over the past 28 years, including currently, the Johnson Scholarship Foundation since 2006, and the Native American Agriculture Fund, since it was launched in 2018 as the largest Native private foundation.

Where real change is occurring is in Native non-profits raising funds from foundations, corporations and other donors to re-grant to Native causes and organizations.  In my little research project I identified 11 Native funds, starting as far back as 1977 up to the present day.  I’m sure there are more of these as well.  This doesn’t include the “community foundations” or “funds” set up by tribes from enterprise funds or other sources of revenue, or the Alaska Native Corporation Scholarship Foundations funded by corporate revenues, or the Native scholarship organizations, or those set up specifically about philanthropy like NAP and Native Ways Federation.  Just think of the growing cadre of Native people serving on these boards and as staff who are adding significantly to expertise in Native philanthropy.

I’ve been in conversations recently with others about this being a “moment in time” for change.  From the social unrest of 2020 and growing attention to equity, diversity and inclusion in both the public and private sector, change is happening faster, opportunities and doors are opening in more places, and more resources are available for social justice.   Will this continue?  It should and it must.  It will continue to change the face of philanthropy. 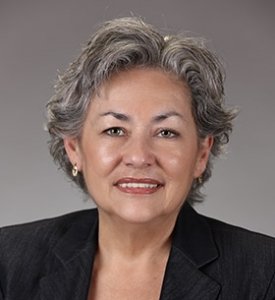