The South Dakota Native Homeownership Coalition (SDNHC) established the Construction Internship Program  with a two-fold goal of expanding the capacity of Native-owned contractors and strengthening the employment-ready workforce.

The creative partnership was formed in 2017 and designed to provide training in the construction field for students. Fulfilling this goal works in tandem with helping the South Dakota Native Homeownership Coalition fulfill the ultimate goal of increasing the housing stock on South Dakota’s Native American Indian reservations.

Since many Native construction companies are small operations without significant margins, the SDNHC Construction Internship Program removed some of the risk for the companies to take on new hires. It enabled the contractors to hire new employment-ready interns who would have the chance to prove themselves over the course of the summer internship.

Despite logistical setbacks brought on by the COVID-19 pandemic, the partnership has met or exceeded most of its goals.

We set out to enroll 50 college students in the SDNHC Construction Internship Program to participate during the summer of 2019. During the last two summers, we had 88 interns enroll in the program. They were disbursed across four sites – Cheyenne River, Sisseton, Rosebud and Pine Ridge. 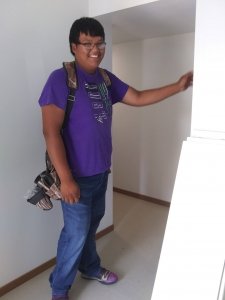 Brent Tallman, one of the interns participating in the program, was offered a full-time position mid-way through his internship. Above, participants at Sisseton test the integrity of a harness during a safety training.

Over the course of the two-year program, we worked with 25 contractors for placement of the interns. But in addition, the South Dakota Native Homeownership Coalition Contractor Workshop has become a must-attend event for local Native contractors from all across the state. Held annually in Rapid City in February, the workshop provides contractors with information useful to their industry, including topics such as workman’s compensation insurance, performance bonding, and the HUD 184 validation process. We use the event to recognize and celebrate the contractors, interns and supporters of this intensive work.

In 2019, 82 percent of the interns completed the program, well-exceeding the 75 percent goal. In 2020, we’re thrilled to have a 62 percent retention rate – given the challenges presented by COVID-19. Although none of our interns participating this year tested positive for COVID to our knowledge, many were placed on quarantine due to exposure, which interrupted their participation.

Another success was the Financial Literacy component, in which 100 percent of the interns participated. Classes were held bi-weekly to correspond with paydays, and all the interns learned the value of automated banking when the Lakota Funds staff was under quarantine. We were able to pay the interns safely, and without risk of exposure utilizing ACH payments.

The program has resulted in permanent employment for many of the interns, completing the fulfillment of increased capacity among the Native-owned contractors. 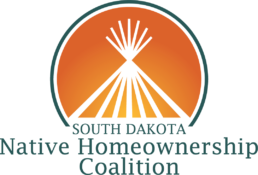 The South Dakota Native Homeownership Coalition is a collaborative group of key agencies dedicated to increasing homeownership opportunities for Native Americans in the state of South Dakota.