The Elevation Scholars program mines Central Florida’s Title I high schools for students exhibiting the non-profit’s core values of kindness, service, leadership, and discipline. It sets them on a course to become change-makers.

When the organization was in its foundational stages of turning concepts into an education-focused program, it couldn’t have found a better model for the kind of student it wanted to help than its first scholar – Revel Lubin.

Elevation Scholars’ founder learned about him from a news story on the Thanksgiving food drive he and other student government leaders had put together for homeless families of students at his school.

The backstory was the attention-grabber, though. Lubin and three of his siblings were being raised by their sister following their mother’s passing from an aneurysm seven years earlier. He had quit sports to get a job to help his sister pay the bills after their electricity had been cut off. He also happened to be student government president.

“He had everything we were looking for,” said Scott Lee, Elevation Foundation President. “The only question we didn’t know was did he have the academics.”

He had the grades too, but he lacked the test scores and required classes that colleges typically look for.  Helping students develop a “college-going” culture would become a core tenant of Elevation Scholars’ program. The best investment would be money up front – a program that would begin when students are in 9th grade– with high-quality counseling and “intrusive advising and support.”

“We would spend a little money up front, like a down payment, and the colleges would come along and pay them many thousands in scholarships,” Lee says. “If we pick the right kid, this stuff will happen every single time. Those were our early realizations.”

Since its founding in 2013, Elevation Scholars has expanded to working with four Title I high schools where 92 percent of the students are considered low-income. Outreach to students begins with Elevation Club when students are in 9th grade. The monthly club meetings introduce them to everything they’ll need to compete for spots at some of the nation’s most selective universities.  Their goal is not just a college education but an education at one of the nation’s top 100 universities – an arena sorely lacking in college applicants who are the first in their families to attend, so-called first-generation college students.

The Elevation Scholar Award  is given to select students in their junior year – a five-year investment in the students not only to help them get to college but to guide them while they attend.

“The research is pretty clear,” Lee says. “It’s not the academics that cause first-gen kids not to succeed. It’s the idea of imposter syndrome – they feel like they don’t belong, along with limits on family financial support due to the implications of generational poverty. Little problems are impossible to overcome without outside support.”

The Elevation Scholars Award includes some earmarks not typically found in scholarship awards, like winter clothing – for a Florida kid who might get a full ride to Wake Forrest in North Carolina like the program’s second award winner – or professional clothing for joining professional organizations, travel money to ensure they have the ability to get back home for the holidays, and even gear they’ll need for dorm life. In summers, students will participate in paid internships at businesses and organizations in partnership with Elevation Scholars. 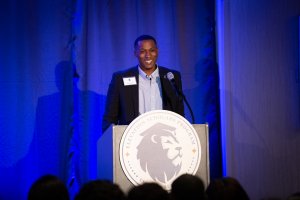 To win an Elevation Scholar Award, it’s more than a matter of high achieving and high need, Lee says. The students selected also must exhibit Elevation Scholars’ core values – kindness, service, leadership, and discipline. “These kids have a unique set of strengths, and already are demonstrating positive community impact, and that’s really what we’re investing in,” Lee says. “The idea is ultimately to see our investment increase their capacity to impact their community.”

Since the program’s founding, seven cohorts of scholars have attended prestigious universities across the country.  And that first scholar, Revel Lubin, continues the journey he plotted under the guidance of Elevation Scholars. He’s a finalist for Central Floridian of the Year, and he attends Yale Divinity School.

“It’s amazing how many high-achieving leaders there are at our Title I schools,” Lee says. 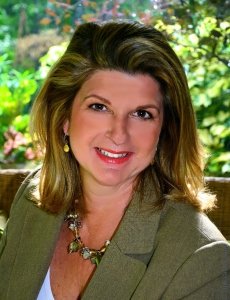