Skip to main content
You are here: Home1 / News2 / Dave Power3 / Doubting Helen Keller: Where we go from here

The following article first appeared in the Boston Globe, and is shared with permission from Perkins School for the Blind.

After TikTok users spent the past year spreading viral conspiracies labeling Helen Keller as a fraud, the first film to star an actor who is deafblind is up for an Oscar. “Feeling Through,” nominated for Best Live-Action Short, follows the connection that forms between a teenager and a man who is deafblind during a chance meeting late at night in New York City.

The film, as well as the Oscar-nominated documentary “Crip Camp,” beautifully refutes ableist misperceptions that undermine the potential of individuals with disabilities. Those discriminatory beliefs emerged on TikTok last year, when scores of the app’s users ignited a trend denying the long list of achievements Helen Keller accumulated throughout her remarkable life. Their flawed logic concluded that Keller could not have authored books, spoken multiple languages, displayed good handwriting, or graduated from college because she did not have sight or hearing.

Such assumptions are dangerous because they perpetuate the false belief that people with disabilities are less capable of success than their peers. Discrediting their accomplishments can insidiously lower others’ expectations for them — or worse, the expectations they have of themselves.

Please read the remainder of the article here. 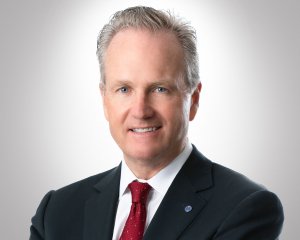