Jamieson Holloway, now 23, has been pursuing his passion for cooking since he was a student at Atlanta’s D.M. Therrell High School, where he took culinary classes and enrolled in the Bridges from School to Work program (Bridges). Bridges has worked with Atlanta Public Schools since 1996 to help young adults with disabilities prepare for, connect to, and succeed in good jobs. Bridges arranged for Jamieson to work part-time for two consecutive seasons at Turner Field Stadium, where he excelled at frying chicken tenders, French fries, and other stadium fare for hungry Atlanta Braves fans during the baseball season.

After high school, he continued to pursue his goal of becoming a chef, taking culinary courses at Atlanta Technical College. And like many chefs before him, Jamieson’s culinary career began in earnest through washing dishes. With help from Bridges, he got a dishwasher job at the Atlanta Hilton downtown in fall 2016, progressing from there to food prep and breakfast cook, and working through spring of 2020 until the pandemic hit. Since then, he’s been on furlough, but he landed full-time work as a line cook at a local senior living community, a job he found on his own. Jamieson’s continued employment and income have been essential for his family during the pandemic.

Jamieson hopes to return to the Hilton when the travel and tourism industry begins to rebound. He has also developed his own blend of barbeque sauce that he hopes one day to market and distribute as a successful entrepreneur.

For his hard work and determination, Jamieson was selected as the 2020 Stephen G. Marriott Youth Achievement Honoree. He shares his story in the video below: 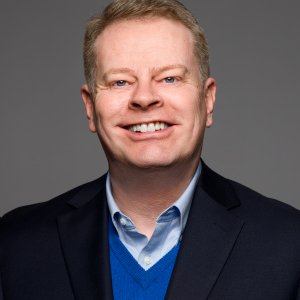 Allen Brown is the Director of Grants and Project Development for Bridges from School to Work. He has worked with Bridges for 19 years.