The number of college students pursuing internships is on the rise, but more often than not, students hesitate to seek them. Palm Beach Atlantic University Director of Career Services Dr. Kimberly Ladd says that students often question their job readiness. They ask her if they know enough or have the right skills to do an internship. Her response? “You just have to do it!”

Why is Ladd so high on internships? According to the National Association of Colleges and Employers, 93 percent of employers are more likely to hire students who have completed internships and 67 percent of internships turn into full-time job offers. However, only 15 percent of students actually pursue them.

This is what Ladd says is most important about internships. They give students the opportunity to visualize themselves in specific work environments and decide if their career interests are in alignment.

David L. Williams, II, a 2016 graduate of PBA, completed two internships, one as a writer for an online magazine and the other as an assistant to the CEO of an events agency. He says that while his internships helped him realize that he didn’t want to be an editorial journalist or an event planner, he doesn’t regret doing them because they “bolstered my resume, giving me a competitive edge right out of college.” He landed his current job in public relations and marketing at a premier golf and country club community shortly after graduation.

During his time at PBA, Kyle Anderson ’18 carried out two internships. The first was as a financial accounting intern in PBA’s Student Accounts Office and the second was as a marketing intern at a travel agency in Santiago, Chile. He found his experience in both roles very helpful to his current position as a marketing assistant in a nutrition-based company. He said almost daily he uses the data management skills he learned from his first internship and the international experience he gained from the second one. In addition, he said, “my internships taught me to be extremely flexible, which is a skill that I can apply anywhere.”

Ladd advises every student to begin thinking about internships as soon as they enter college. In career counseling sessions, she says, “the minute you feel that you are ready to pursue an internship, do it that minute. If that’s today, then start today.”

Note: While at PBA, Bracciale, Williams and Anderson received scholarships through the Johnson Scholarship Foundation.

The word “mentorship” is commonly defined as a relationship in which an experienced person shares wisdom with a less experienced person. The more experienced mentor gives guidance to an eager mentee hungry for knowledge. These definitions might suggest that the mentee has more to learn than the mentor. 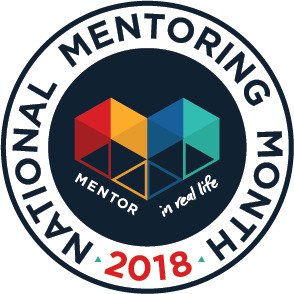 However, the learning can be equally important to both parties. While my own list is long, here are a few things I have learned as a mentor. I need to stop telling my mentees what they should do and help lead them to their own solutions. I must be available to my mentee and make our relationship a priority. I need to be more open-minded about possibilities; my mentees sure are. I am often impatient and need to slow down and reflect.

One of the best ways to open the pathway between mentors and mentees is to listen. It sounds simple, but to truly engage in active listening, you must practice it. Here are a few tips to help the two-way relationship develop:

Ask open-ended questions. You find out much more about a person and their perspectives by asking questions that need to be answered with more than one or two words.

Reflect what you hear so that the other person knows you heard and understood what he/she said.

Summarize conversations and make sure you have agreement on next steps.

Use affirmations for encouragement and support.

Mentorship can be an enriching experience for both the mentor and the mentee. If you are currently mentoring or being mentored by someone, try using these active listening skills. Once it becomes easy, you can focus less on the questions and fully enjoy the answers.

Fundraising professionals constantly look for trends in donor motivations.  We want to learn how to interest donors in the causes for which we work and lead them to support these causes generously.  Much has been researched and written on generational shifts in donor motivations.  Boomers and Gen Xers have similarities.  They give to the causes for which they can connect, either through a personal experience or that of a friend or loved one.  Some wealthy Boomers give because of an obligation, honoring the old adage, “to whom much is given, much is expected.”  Boomers are also more receptive to giving unrestricted funds, trusting organizations to use fund however needed. Gen Xers are technologically oriented.  They give online and tend to want to give for restricted purposes.

Millennials, on the other hand, are much less predictable.  We marvel at how philanthropically minded they are, yet we are just beginning to gain a clear understanding of what motivates them to give charitably.  We know that Millennials want to give to causes in which they can make a difference, and they seem to want to see their dollars in action. They want to meet the beneficiaries of their support and learn first-hand how they are impacted.  Millennials interested in owning their own businesses want to attach a social cause to their work.

We have surveyed new graduates at Palm Beach Atlantic University to see how we can engage the Millennial generation in supporting the cause of our university.  The results are giving us new ways to connect.  For example, one of the top three things that young alumni say they want to do is to meet and get to know other alumni for social and business networking purposes.  We have organized an alumni service corps that is planning and executing community service opportunities.  New graduates will work alongside of more seasoned alumni, making important connections, but at the same time, helping society.

We have also begun to invite young alumni to admissions events, so that they can participate in recruiting the next class of students.  This is a way to give Millennials hands-on involvement with their alma mater and perhaps, meeting the beneficiaries of their support!  At these events, new graduates can discuss outcomes, coursework, scholarship opportunities, internships and personal experiences with potential incoming freshmen.

A new event that we have added this past year was called Scholarship Day.  On this occasion, we invited our scholarship donors to campus to meet their scholarship recipients.  This event allowed students to show their gratitude to their scholarship donor(s), but moreover, they were able to see role models in philanthropy, which we hope helps plant the seed for their future support of PBA.

One of our most generous scholarship donors is the Johnson Scholarship Foundation, which impacts more than 400 students on our campus.  We are grateful for the longstanding support of the Foundation, which is helping to foster the next generation of graduates and hopefully generous donors to Palm Beach Atlantic University and other community organizations.