The following article first appeared in Tribal College Journal of American Indian Higher Education. It is shared here with permission.

Empower your tribal community to grow their own food sustainably. Find your career calling as you celebrate three years of sobriety. Earn a tuition waiver to continue your education. Complete a semester while undergoing chemotherapy treatments. Teach your grandson his Native language. Feel connected to your culture for the first time. These accomplishments are no small feat. Yet, they are just a few examples of the success and strength of so many students at Nebraska Indian Community College (NICC). Through resiliency and grit, tribal college student achievement encompasses something much larger than standard institutional measurements of grade point average, enrollment headcount, and graduation rate. For tribal college students, success is as much about achievements made outside the classroom as within.

NICC, like many other tribal colleges, is redefining success through its students. How students view success differs immensely. Each individual has a different path, strengths, challenges, and goals for their future as well as that of their tribal community. NICC’s campuses are located in Macy on the Omaha reservation, Santee on the Santee Sioux reservation, and in South Sioux City, Nebraska. Serving the Umonhon (Omaha), Isanti (Santee Dakota), and other learners, NICC shares stories highlighting students’ accomplishments that extend well beyond the classroom. Through cultural identity, community connection, and goals for future generations, NICC students holistically define what success is for themselves, their families, and their tribal communities. 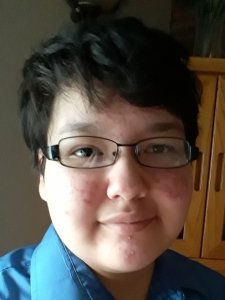 Nakomis Merrick (Umonhon) is a freshman at NICC’s South Sioux City campus. “In the past, I thought of success as being able to complete the task quickly,” Merrick says, but adds, “No matter how long it might take, the completion of something is still an accomplishment.” Indeed, many successes are not strictly linear, but rather part of a life-long process. Merrick, who is interested in teaching Umonhon or becoming a social worker, explains this new perspective since attending NICC: “As a graduated high school teen, I had no idea what I was doing or where I was going. . . . I lacked motivation. The classes at NICC eventually gave me purpose and helped me have a better understanding of who I am and where I come from. This made me want to continue [my] education at the college, because I’m finally getting the answers I’ve been searching for.”

Read the remainder of the article at Tribal College Journal. 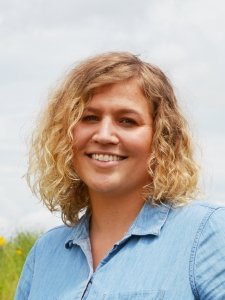