Jhonatan Montejo Benito is a senior at Jupiter Community High School and a participant in the Take Stock in Children/Johnson Scholars Program. He wrote this essay outlining his future plans as part of the program.

One afternoon, at the age of six, I was watching the news with my grandfather, and I saw how US Naval Carriers were mobilizing. I could only imagine their actual size and what they were capable of doing. With those images in my mind, I began to feel intimidated and to wonder if I could ever be a part of something that amazing. Some years later, the father of my closest cousins was ambushed on a bridge by drug traffickers, because he and other infantrymen were escorting equipment to another state in Guatemala. No one survived the attack. Both of these memories pushed me to begin working towards having a future in the infantry, because I honor those who are able to put their lives at risk, and because for me soldiers are the strongest people I have ever met. College for me is the place where I will build a strong foundation to be a great leader. The people closest to me are my strongest foundation, and they and my memories keep my motivation alive.

To begin with, I believe that the most effective way for me to reach my goal of working in the US Army Infantry is to train with the ROTC program to ultimately become a commissioned infantry officer. As a 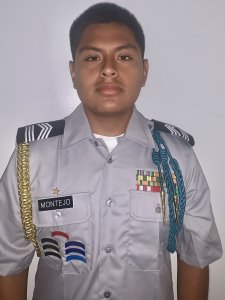 child I moved a significant number of times, and as a result, I don’t feel particularly attached to any one place, and thus I am committed to find the best education at the best place possible even if I have to begin at the bottom. Ideally, I would like to begin my college studies at either UF or West Point Academy, but my alternate plan would be to begin my college studies at a local state college where I will earn my associate’s degree and then move to a more competitive college, like UF to finish my bachelor’s degree. For me, going to college means that I am being prepared to work with the finest military in the world and that I am preparing myself to become a leader to which my soldiers will look up to. My goal to accomplish this is by continuing to improve myself in my favorite subjects, math and philosophy, and strengthen my body through training and making healthy choices. My parents, on the other hand, believe that going to college to then work in the military is a waste of time, and that the goal of college is a place for me to grow and become economically independent and successful. While I respect their opinion, I am determined to see my name on my uniform in service of the US Army. Overall, college will be the place where I will strengthen my foundations to become part of something bigger than myself and a person that others could look up to.

Moreover, as I grew up and traveled to different places, I have had the opportunity to meet and learn from a number of influential people who have become very important to me, but even though I don’t see many of them anymore, I will make sure to conduct myself to bring credit to them. The first people to say thank you to are my family, beginning with my grandfather. He gave me important knowledge and skills that I have used and continue to use. He taught me how to tie my shoes and how to ride a bike, but most importantly, most afternoons he would sit with me and read to me either the news or the Bible. In addition, my parents were the pillars of my development. My parents are the people who are always there for me, but the most crucial part they had in my life was giving me a brighter future in the US, which opened for me a wide range of opportunities that I would never have had in a country like Guatemala.

Last but not least, there were teachers, faculty members, counselors and other people that I could not mention individually here because there is a limit of words, and the number of things they did for me are countless. But people that I would like to mention are various English teachers that I have had since sixth grade, my personal counselor, Mrs. Woeber, and my middle school second language support system. Mrs. Woeber was the person who introduced me to the Take Stock in Children/Johnson Scholars program, and for her and them I am eternally grateful. But it doesn’t matter who it was, they are important to me because they built me a staircase in which I was able to improve and grow.

To conclude, the journey that I made from the small town of El Paraiso in Guatemala to the eastern shores of the United States helped me construct a future that will not only enrich my life but hopefully the lives of others that I meet along the way during my experiences in the military and elsewhere. The most significant part of this journey wasn’t mostly about me, but the people that created who I am today. They are people that work hard and do extraordinary things for others. They give more than their one hundred percent at their job, and therefore I will pay them back when it will be time for me to put my hands at work by being the best person that I could be for me, others, and my younger sister. 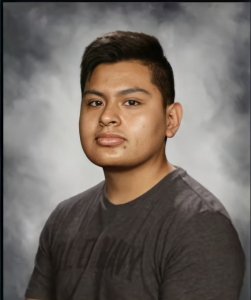