Angie Pleitez is a student at Santaluces Community High School in Palm Beach County, Florida, and a member of the Take Stock in Children/Johnson Scholars Program. Below are excerpts of an article she wrote as part of the program.

Hello. My name is Angie Pleitez and I would like to share my story, the story that made me realize to always be grateful for everything that happens to you, whether it’s good or bad. Ever since I was little, I was depicted as the person in my family that could be different from the rest. My parents always reassured me that I was going to be the one in the family to make a difference and rise to the top. They always told me that I had the opportunity that no one else in my family had, which was to get a full education and be someone important in the world. I am the daughter of two immigrant parents who risked everything to give a better future for their child. That’s a huge amount of pressure to put on someone, but I didn’t think much of it when I was younger. I just thought of myself as just another child that played outside and hung out with her friends. What I didn’t know when I was younger was all the actions happening behind the scenes.

To start, when I was little, I had to stay with a babysitter most of the time because my mother worked from the morning to the night and my father would work from the morning to past midnight. Sometimes they would barely get sleep because when they came home, they still had to take care of me. From the time and effort they put in their laborious jobs, they were able to afford my school supplies, my backpack, after-school care, all necessary components for me to have the best school experience. They always praised me for getting good grades, which gave me boosts in my confidence and self-esteem. I was on the honor roll and earned recognition for my intelligence. I was always very proud of my intelligence and perseverance at such an early age. It continued this way all the way up to 5th grade. It was getting to that point where my life was going to take a sharp turn, which was my teen years.

I was scared that I was taking a huge step in my life. I’ve never liked change ever since I moved away from where I grew up when I was 7. I 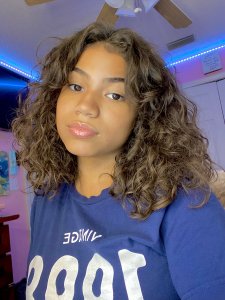 didn’t want to accept the fact that I was going to be in a different environment and going to be experiencing something I’ve never experienced before. My parents tried to reassure me that everything was going to be okay; that it’s just another phase of my life that everyone goes through as well, but I already had the idea instilled in me that things would go downhill from here. My middle school years destroyed not only my academic achievements but my self-worth. I was at my lowest point, and I felt like I couldn’t tell anyone. I was especially hesitant to tell my parents because I didn’t want them to know their “star child” wasn’t shining as bright as before. As time passed by, I could feel that I was slowly starting to lose myself. I felt unhappy and unmotivated all the time, and I didn’t care for most things anymore. I felt numb and I felt like I wasn’t living a life anymore – at least, not the life I wanted to lead. I was willing to do anything to take the pain away which would have led to life-threatening consequences. I’m glad that I stuck around because I later on realized that the pain doesn’t last forever and that things get better, maybe not right away but they eventually do. This is when I found the Take Stock in Children/Johnson Scholars Program.

The program opened my eyes to see that I still had an opportunity to turn myself around. It felt like this program could be my chance of getting out of this dark place I was heading into. I found it as I was entering high school, and I can honestly say that it turned my life around for the better. I felt myself getting my academic achievements back and the joy of feeling proud of myself back. I felt like I had a purpose again, a purpose to keep going and continue to always do better than the day before. I started doing better in school and got recognized for all the great things I was doing. I felt my parents grow happier and their pride for me grew. I talk to them about my future and college and they can’t help but be so overwhelmed with happiness. Yes, there are many obstacles that try to knock me down to the position I was in before, but I grew out of that point in my life and I don’t ever want to go back. I’m proud of how far I’ve come, no matter the circumstances my family and I go through.

The Take Stock/Johnson Scholars Program, my family, and the friends who actually want the best for me have helped me realize that life is worth so much. I can create a great future for myself if I want to. I can go to a great college if I want to. I have a chance that not many people have, and that means so much to me. 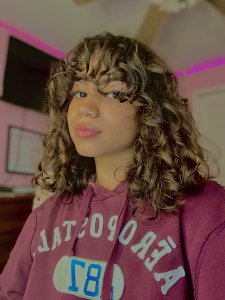