Skip to main content
You are here: Home1 / News2 / News3 / A Deaf Student Follows the Call of the Ocean

Nicholas Hohrman is a junior from Minnesota majoring in Biology at Gallaudet University, a core grantee partner of Johnson Scholarship Foundation. He did an in-person internship at the Loggerhead Marinelife Center (LMC) in Juno Beach, Florida, where he worked with sea turtles. He hopes to pursue a master’s degree in Oceanography. Because of the pandemic, he decided to seize the opportunity to intern and take online courses from Gallaudet simultaneously for six months. He shared this report about his experience.

I did my internship at Loggerhead Marinelife Center for the past seven months during the pandemic while doing my online courses. I was able to do this because the Johnson Scholarship Foundation’s support meant I could move to Juno Beach, Florida. These past seven months have been a great experience for me and I have learned a lot about sea turtles.

Also not only the sea turtles but I was able to learn what research was like. My supervisor was Deaf too, and working with her was a great experience because I never had that opportunity before. Working with the team was great because they were motivated to learn sign language while working with me and my supervisor.

While working at LMC I was able to learn and help out with data entering on the beach. We had to be on the beach very early in the morning; therefore, I had to be there at 5:45 a.m. to get everything ready before we could go on the beach. I would get the GPS, the turtle nest stakes, saddle bags, and make sure the ATVs had gas.

When arriving at the beach we would write down the time and start looking for the crawls on the beach. Crawls are the marks that sea turtles make when they come on the beach to nest. Some will nest, but some are false crawls, meaning that they didn’t nest. We sometimes got over 200 crawls on the beach so we would be on the beach until late afternoon, and it was a great experience because when we felt super-hot and needed to cool down we would go and jump in the ocean to cool down. It was fun to do that! Sometimes there would be down-pouring rain, therefore we had to keep going to make sure we were not missing any of the crawls.

After I had been working a few months at LMC on the beach, hatchlings were getting ready to hatch and head into the ocean. Then we would check for any tracks of hatchlings from the nest. How did we know where the nests were? We had to mark some of the nests. We do not mark every nest because if we did it would cover pretty much the entire beach, and people wouldn’t be able to sit. We have numbers that we follow that count down so that we would mark every 34th nest.

Also while I was there I was able to volunteer at the conservation center at LMC, which included working with sorting trash and entering data into their database. It was very interesting to learn how much trash washed up on the beach. We would find trash from different countries.

The past seven months was a great experience with LMC and working with my supervisor who is Deaf. I would totally recommend to the future students to take this opportunity with LMC and get the experience. 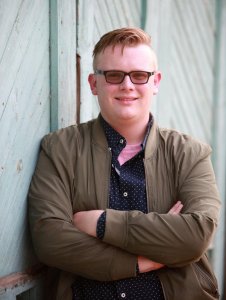