This past month I have had the honor of visiting several college campuses where the Johnson Scholarship Foundation supports Indigenous scholars in their pursuit of careers in business and entrepreneurship. During these visits, I met some of the best and brightest future leaders of Indian Country. The next generation of American Indian business leaders will have to be better educated, more fluent in their traditions, possibly speak their tribal languages, and be comfortable both inside the dance arbor and in a three-piece suit.

There was a time when being educated meant losing part of one’s Indian identity. There were also negative aspects associated with business in Indian Country. Many of the day-to-day business interactions were not good for our communities and this led to mistrust and the devaluation of anything to do with mainstream businesses. Having an education today – especially in business – means utilizing one’s natural Indian intellect and using that intelligence (braced with a dose of humility) to lead in an ever-more diverse American Indian environment.

Indian Country (and one had better know that is a legal term) is the last frontier in the United States. The most underdeveloped parts of the country are in the heart of Indian country and are ripe for economic development. But unlike in the past, the quintessential innocence that allowed outsiders to take advantage of Indian people and their generosity is gone. Young, well- educated Indigenous people who are savvy, well-grounded, and capable of leading their people through the next millennium are grooming themselves for the future. They are graduating with business and finance skills, and are changing the business landscape of  Indigenous communities. They are changing the negative connotations associated with business, and are negotiating a new, positive way of working in Indian Country.

To fully develop as new leaders, our young business leaders need an advanced understanding of traditional ways and values. Matthew King, a Lakota traditional leader and perhaps the greatest American Indian philosopher of all time, once said, “Respect is the first law of Indian people.” That single concept is one of the most profound thoughts that can govern a way of life. The philosophy of a basic first law – Respect – for interacting with people is inherently simple but is extremely complex. Respect in this circle of life represents all living things: respecting animals, the earth, and especially each other. When a leader honors and lives by that single value, they will have the potential to be great leader.

Although respect is the core value of a positive symbiotic existence, there is a need to incorporate other values into a business leader’s way of life. These values can serve as guides to developing a good way to manage people.

Close your eyes and using your best introspective powers, try to envision a medicine wheel, with Respect at the center. In each of the four directions, there are four other critical values, beginning with Relationships. The Lakota end their prayers with Mitaku Oyasin (all my relatives). Showing respect, the first law and value of Indian people, helps build relationships with everything in the circle of life. Honoring relationships makes good sense whether in business or in our everyday lives. Respect and Relationships go hand-in-hand.

The next direction on the medicine wheel is Responsibility. A good leader is responsible for both personal behavior and for making good things happen. A leader does the hard work, the follow-up, and will not ask a person to do something that they would not take on themselves. A leader tries not to offend others and must not be easily offended by others. Traditionally, great leaders must have a thick skin and allow themselves to be offended seven times before striking back. And when leaders strike back, they must be respectful, responsible, and considerate of relationships.

A great leader is also a great thinker, using Reasoning skills. A leader must listen to the people and use the best analytical skills and natural Indian intellect to guide his or her actions in all of their worldly dealings.

Finally, a great leader is generous. Reciprocity is critical to success. As in the past, the greatest leaders give the most. You should strive to help the neediest in your communities.

My grandmothers said, “It is not easy to be an Indian. If you want to be an Indian it is the hardest way to live.” That is still true today for our leaders. They must embrace the traditional values of their people, have a well-rounded education, be blessed with a good heart, be willing to sacrifice, and most importantly, have the ability to make tough decisions in the best interest of their people without bias, malice, or sentiment. Many of our past Indian leaders were born with these values and succeeded through difficult times, albeit oftentimes by trial and error.

The American Indian business leader of the future that chooses to embrace and honor these simple values: The 5Rs, Respect, Relationships, Responsibility, Reasoning, and Reciprocity will serve the people in a good way and will have the potential to be a great leader. I have seen the future on my recent college visits and I have great confidence in our young business leaders.

“If others can do it, you can too” – those words were continuously uttered by my father

while I was growing up. With that foundation, I never doubted whether I could do anything – the most pressing thought was how.

The key to turning that statement into a reality and creating a better life was simply to obtain an education. I was taught that an education was THE tool that could not only teach me technical skills but would lay a foundation for new ideas, introduce me to extraordinary individuals and provide an environment to experiment. These factors are what drives me to give back to my university. With one letter and the generosity of supporters of the Machen Florida Opportunity Scholars, I was able to attend the University of Florida to unlock a better future.

through the exposure to new experiences and connection to others. Attending college allowed a first-generation student like myself to gain connections to those I would never have had the opportunity of meeting in the confines of my circumstances. The iteration of exploring new ideas and meeting different individuals, outlined a community that would shape my future. It gave me mentors who had insights to experiences that my immigrant parents did not know, friends that became a second family and ideas that spurred a passion to
create change through business. In essence, I give back so that my university can continue to foster this community. It is my hope that other first-generation students find a community in which they can connect to and be inspired throughout their college career and onwards.

Having the opportunity to advance my studies and passions, reminds me that there are countless others with similar magnitudes of ambitions and goals. The untapped 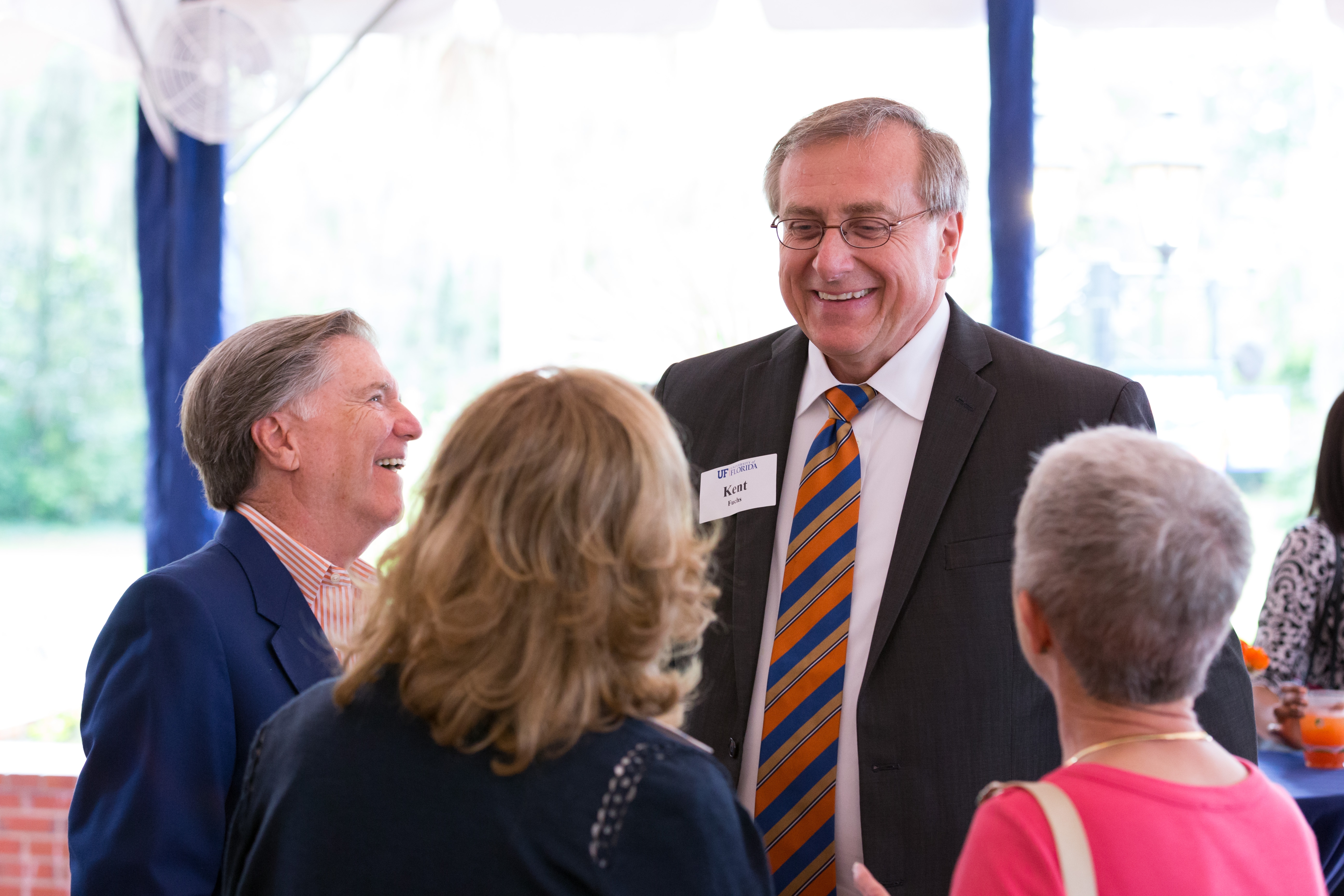 potential of other first-generation students creates a sense of accountability to pay it forward. This can create a domino effect, inspiring others to also give back. But most importantly, paying it forward is my small gesture to let those in similar situations know that there is someone who believes that they can have a brighter future than their current circumstance.

Education is and will always be a cause that I believe all students should have the opportunity for. It allows first-generation students to rise to new heights and to dream boldly. 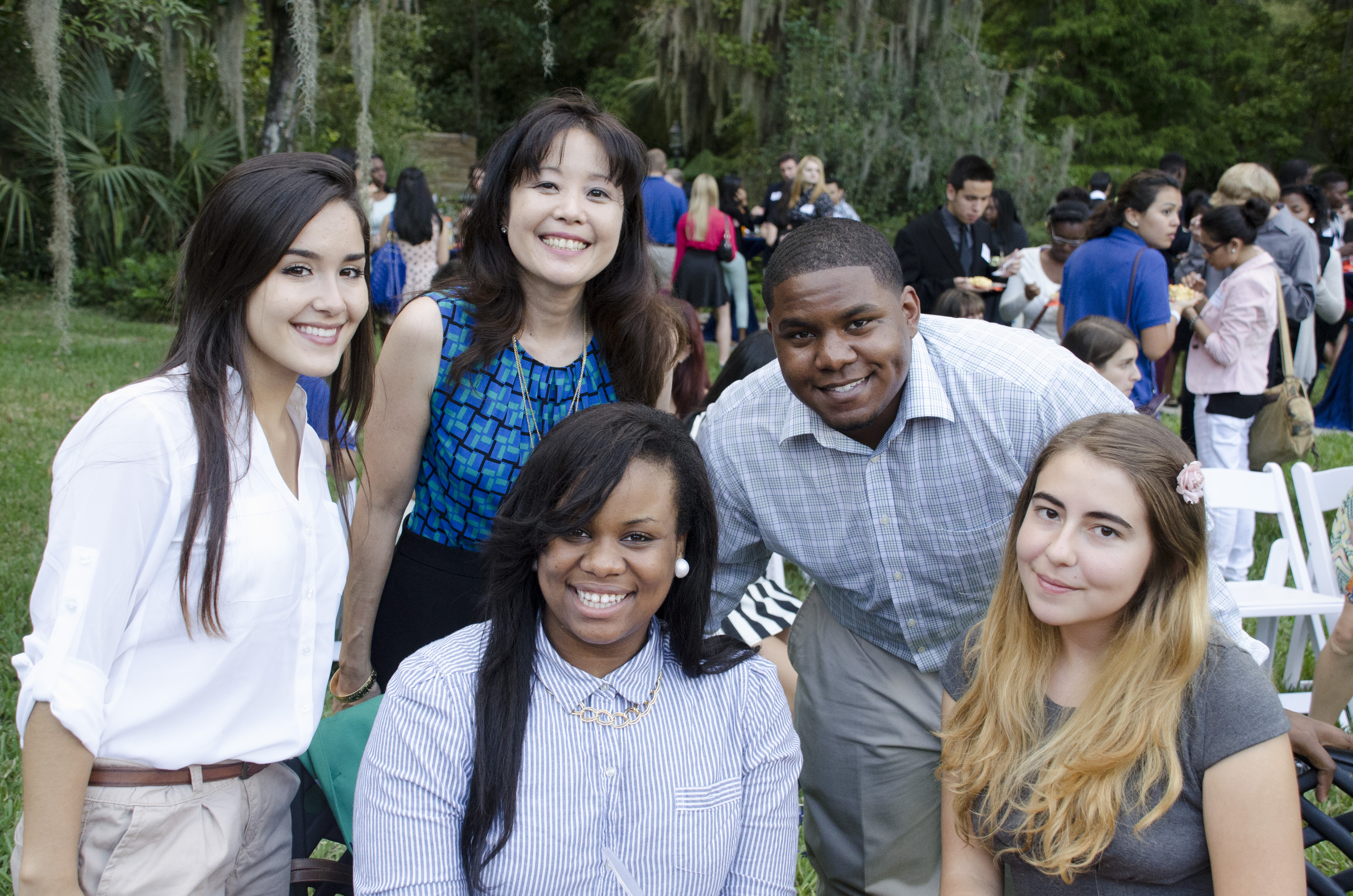 My life would not be the same without it. In essence, this is why I give back: