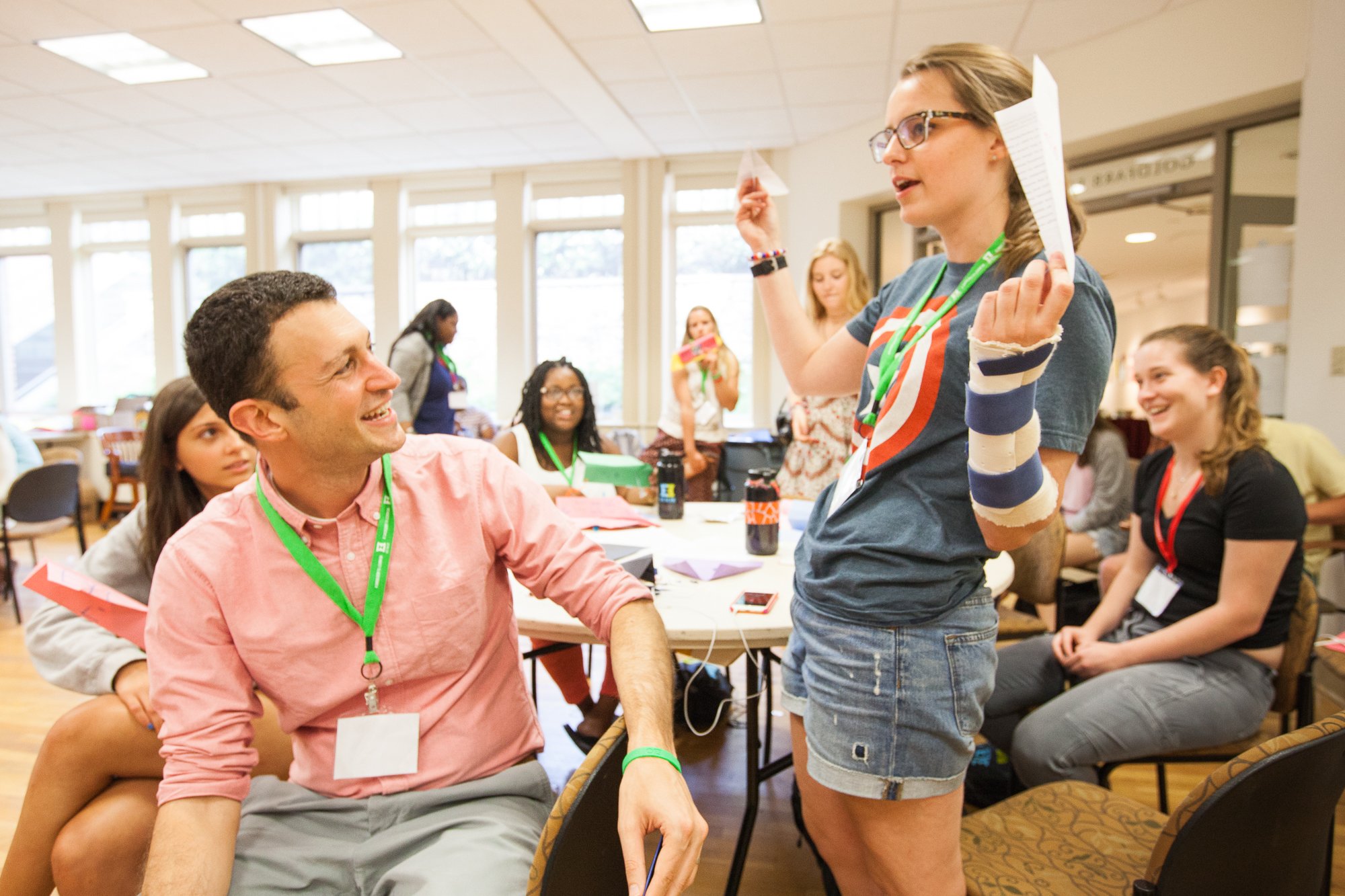 “I learned how to fake it.”

That’s how one young man with LD/ADHD described his struggle in school. Instead of admitting he needed help because he learned differently, he stayed up until 3 AM doing homework. Then, he realized he wasn’t going to be able to fake it his whole life.

People who learn differently are often reluctant to ask for the accommodations that would help them learn better. Learning disabilities are “hidden” disabilities; they’re not seen. So, one of the most important things we do at Eye to Eye is teach kids to share their story. When you step out and say, “I’m dyslexic,” or “I have ADHD,” it’s that first, essential step in advocating for yourself and getting the accommodations you need. And sometimes, the best accommodation you can have is an ally.

But it can be hard to ask. Living with an LD can mean living with doubt. Self-doubt. Even though I went to Brown and got my master’s at Columbia, there is still a small part of me that feels like that kid who couldn’t read in the fifth grade.

When I was at Brown, I wanted to build an organization that would bring kids struggling with LD/ADHD together with people who had faced the same challenges—and made it through. To do that, I needed help.

So I approached the Johnson Scholarship Foundation. I told them about the mentor work I did at Brown and the grit and resilience that got me through Columbia. But I also told them how in fifth grade, I could only read at a second grade level because I was dyslexic. I told them how I failed tests. Lost assignments. I talked about frustration, loss of self-esteem, and self-doubt.

I said, “Right now, one in five students are in the exact same boat. And we’re going to lose them unless we act.”

Now, I took a risk in being authentic. And Johnson took a big risk in supporting me and the organization I had just founded. But an alliance was formed.

That alliance helped Eye to Eye grow from a seed to the powerful, organic organization it is today. It allowed me to hire Marcus Soutra, an Eye to Eye Alumnus who is now president of the organization. It allowed us to help thousands of young people in our mentor and alumni programs. Today, those kids are graduating from college. They’re going out in the workplace and changing office culture to be more supportive of those who work differently.

Foundations have doubts, too. The people at Johnson had hard questions for me, and they asked them. Their willingness to challenge me gave me a chance to answer that challenge. Too often, potential funders smile, don’t admit their concerns—then they turn you down without ever giving you the chance to change their minds. When you’re talking about changing lives, neither side should ever fake it.

Perfect doesn’t get you partners. Authentic gets you allies. People who think differently are coming forward in all walks of life, achieving amazing things, from founding new schools to writing songs for Justin Bieber to making strides toward a cure for cancer. They’re making us rethink what people with learning differences can achieve—and they’re doing it by being real about who they are

And the young man who stayed up till 3 AM because he felt he had to hide the fact that he had an LD from the world? He became an Eye to Eye mentor and then a teacher, helping other kids keep it real and achieve.

Sometimes it seems impossible to tell the difference between good grants and bad ones. If we feed the hungry and house the homeless, it feels good but the lasting result is to encourage dependency. If we fund groundbreaking research on how to address poverty, the connection between our grant and the end result is usually hard to see.

Accepting accolades and congratulations from a grantee for our generosity, wisdom or hard work should make us skeptical. Are we really so selfless and smart? Or do these grantees need our money so much that they will say anything to get it? And if that is the case, have we done anything to help our grantees become more independent or is our grant just another link in a chain of endless handouts?

One of my favorite stories about philanthropy is a much criticized grant for medical research that was made in the early 20th century by John Rockefeller. Pure medical research was unheard of at the time and one incredulous observer asked, “Why would you do this?” to which the reply was: “Because we have the faith of fools.” It was not until years later that the grant proved its worth and medical research became a new standard in the world.

Effective grant making often involves risk of failure and, worse yet, risk of looking stupid. None of us enjoys being on the receiving end of a critic’s hindsight, “what were you thinking!” In the short run at least, it is much more enjoyable to be the object of a grantee’s gratitude and affection. But for really great grant programs, the ones that we are proud of in years to come, we were usually faced with the prospect of failure and, at some point or other, found ourselves asking ourselves if this program was worth doing.

Scholarships, education and even transition involve relatively less risk and reward. The Johnson Scholarship Foundation’s grants are less likely to be a waste of money (or to revolutionize the world). Our choices usually involve the question of how best we can utilize our limited resources and talent.

On the one hand, we may be overreaching with such programs. We might ask: Is this program too complex and expensive for a Foundation of our size? Can we really be a catalyst for the community support required to sustain this program in the long run? Time will tell and proper evaluation tools and data collection will help understand the impact.

Accolades should always make good grantmakers nervous. But striving for honest relationships and insightful data can ease the nerves and take the spotlight off of the funders and onto what really matters: doing good.

Malcolm Macleod is the president and CEO of the Johnson Scholarship Foundation (JSF). Since joining the Foundation as president in 2001, he has spent the past 18 years working with the Board, staff and grantees to ensure that JSF is a Foundation that makes quality grants serving as catalysts for effective change. Prior to his work with the Foundation, he had a 26-year career in law and is currently a member of the Bar.

As a private foundation with 25 years of experience, the Johnson Scholarship Foundation has recently made the decision to prioritize communication. Toward that end we have hired consultants, taken to social media and revised our website. But who are we trying to reach? Why are we trying to reach them? What do we want to tell them?

The answer to the first question is that we are trying to reach potential, existing and former grantee/ partners, other grantmakers and anyone else who might be curious about what we do.

The need to reach potential grantee/partners is easily understood. We need them to know about us so that they can inquire about a grant. But why do we want to talk to existing and former grantee partners?

A channel of communication with existing grantee/partners will help us to manage our grant agreements. Further, it will give us a means of showcasing results. The Foundation makes investments (grants) but the actual work is done by its grantee/partners. Grantee /partners 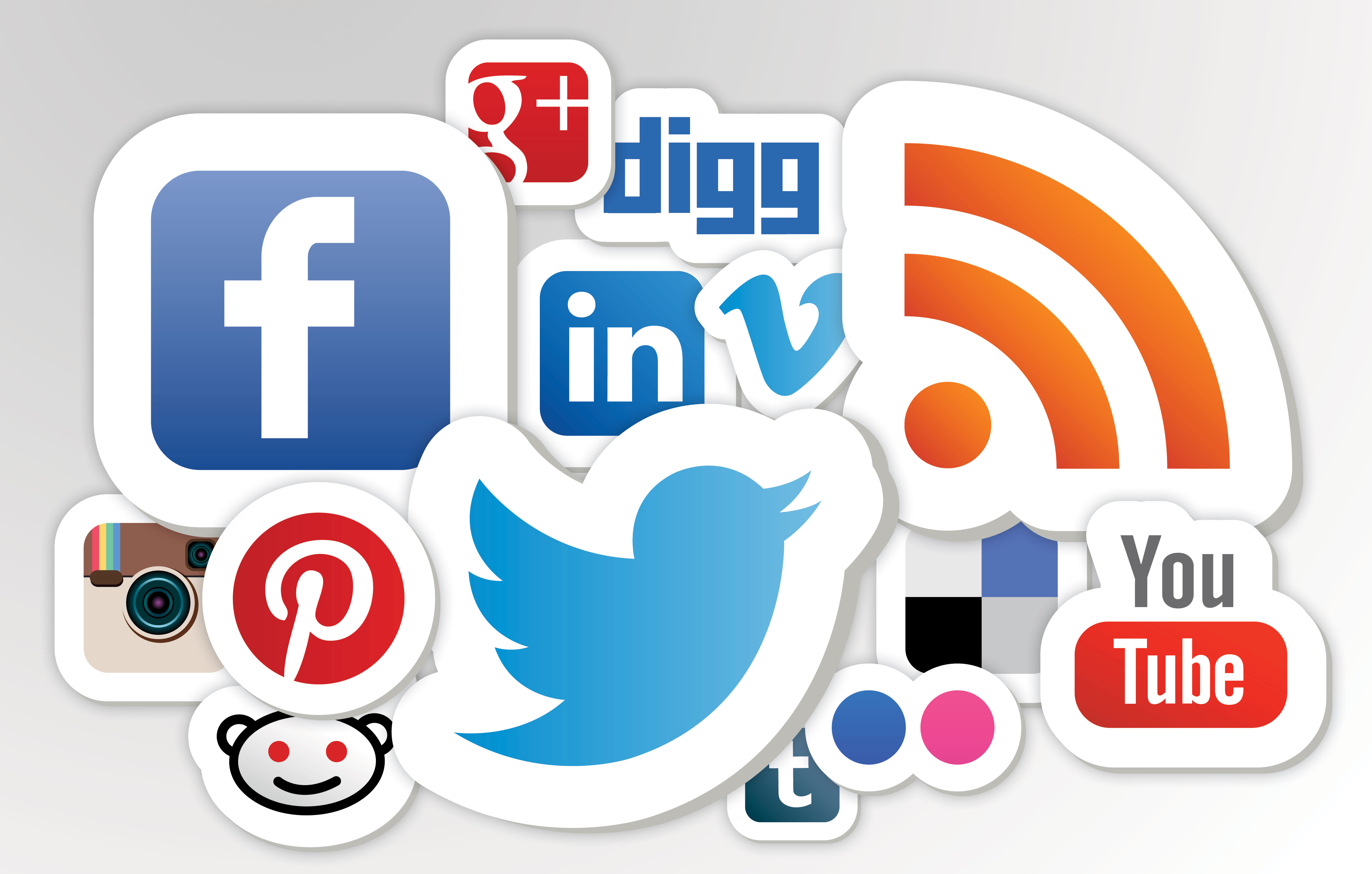 will have a forum to publicize successes and milestones and this will inform, encourage and in
spire others. There is an element of advocacy in this. Part of the Foundation’s pursuit of its mission and its support for the work of grantee/partners is to draw attention and resources to them. Increased communication will expose other grantmakers to the work of our grantee/partners.

We also feel the obligation to share what we learn. During the course of investigating and making grants and evaluating their results the Foundation acquires knowledge, which ought to be disseminated. Social media is an excellent tool for this and will help us to maximize our impact.

Like most private foundations, we are not well known or understood. We need to be transparent and more visible in order to do a better job. It is our task to build a larger community of people interested in the Foundation and its mission. Not only will this increase the pool of potential grantee/partners and result in more and higher quality grant inquiries, but it will bring people together to learn, compare and discuss their work.

Communication can no longer be viewed as a marginally relevant byproduct of our work. Rather, it is a core responsibility of the Foundation – and philanthropy in general – to generate interest in its mission and activities.

The Johnson Scholars Program offers college scholarships to disadvantaged students and helps to prepare them for post-secondary success. Since 2008 it has reached nearly 500 students and awarded 240 students scholarships in value over $3 million.

The criteria for selection of Johnson Scholars is not based upon academic achievement. Ideal candidates are those who have the ability to graduate and attend college but are not headed in that direction. Johnson Scholars are selected in grade 9 and are given 4 years of preparation in a peer cohort system supported by teachers and outside mentors.

Preparation of Johnson Scholars encourages academic remediation and progress, but this is not an end in itself. Rather it is part of the process that leads Johnson Scholars to believe that a college degree and success in life is within their reach. Children of affluent or college educated parents grow up with this belief. Johnson Scholars must acquire it.

The promise of a scholarship is a show of faith in a student. It says that a prestigious Foundation is willing to invest its money in them because they have what it takes to succeed. Teachers and mentors build on this faith. Students do their part by applying themselves. They see that their effort is rewarded by academic success and come to believe in their ability to succeed.

Take Stock in Children is a scholarship program also designed for disadvantaged students. As the name suggests, it is also based on the premise of investing in young people. Like the Johnson Scholarship Foundation, Take Stock in Children invests money and much more. The program begins early in high school (or before) and has a large mentoring component.

Take Stock in Children in Palm Beach County and the Johnson Scholarship Foundation have worked closely for years and this year have decided to merge their programs. In addition to the scholarships, the merged program will serve 600 in the high school system this year. This is just a start. Take Stock and the Foundation will work together to raise money in the community in order to increase that number.

In this week’s blog there are photographs of Take Stock and Johnson Scholars. Take a good look at these excellent young men and women. All of them will get scholarships to go to college and most of them will succeed. The secret to their success will be faith in themselves, not money. 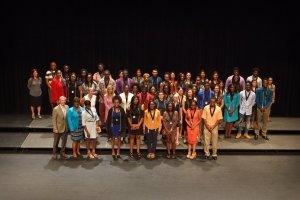 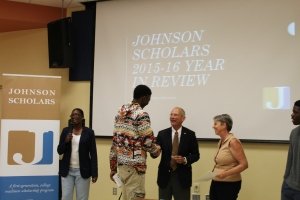 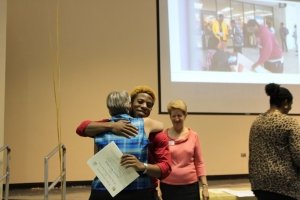 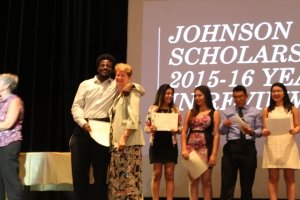 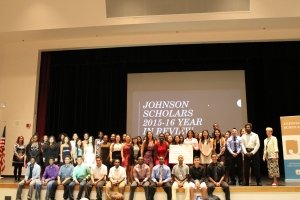 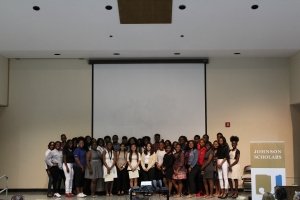 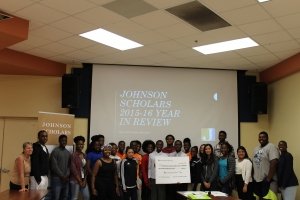